The media world is rapidly changing, and Boise viewers, readers and listeners are getting a front row seat. 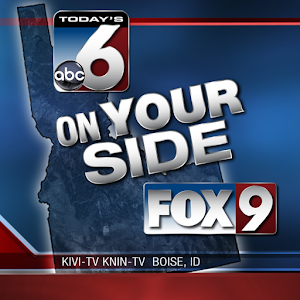 Now, with the announcement that KIVI, KNIN and Journal’s four Boise radio stations will be folded into EW Scripps, we’ve seen a complete rollover of the distant corporate owners for the Boise airwaves and newspaper. (There is one caveat – Gannett exited the market in 2005 when it sold the Statesman to Knight Ridder, and came back with the purchase of KTVB late last year).

The Journal sale (a merger in technicality, but the Scripps family will be in charge) cleaves the company’s newspapers from its television and radio assets. It follows a path first implemented by Belo oddly enough – and sets up the new newspaper group as a debt-free company which gives them room to experiment without cash flow issues. Television stations earn some of the best margins in business and can easily help service legacy debt (in the case of Scripps & Journal, much of that debt is from legacy pension obligations).

Do Boise viewers and listeners really see a difference in quality or presentation? Perhaps. Small things like new graphics for TV newscasts and group contests for radio stations can be a benefit. Overall it can boil down to how much a corporate owner is willing to invest in a market like Boise. KIVI & KNIN will likely benefit from Scripps which is known as one of the better television station operators.

On the radio front, Scripps does not currently own any radio stations, so the company will be even more heavily weighted toward the television space. It’s not hard to see that Scripps will take some inquiry on buying those stations, but what it’s strategy will be – hold or sell – is anyone’s guess.

Don Day is the Digital Sales & Product Manager for KTVB and wrote & edited IdahoRadioNews.com for five years. He also tweets a lot

Questions?
Comments?
Something we should know about?
Contact us here.